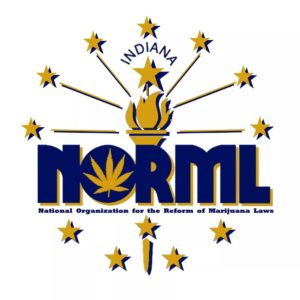 On Tuesday, November 6th, Indiana voters took their final opportunity to vote in the 2018 midterm election. While Indiana did not have the opportunity to vote directly on cannabis propositions as in other states, there were numerous candidates on the ballot supportive of reforming our cannabis laws. Many of them did not win their races, but this election was not without wins for cannabis reform in Indiana. Here are some highlights and some races we’re still watching:

During the 2018 session, state senator Mike Delph (R) voted against legalizing CBD products in Indiana, an issue widely supported by Hoosiers. JD Ford (D), on the other hand, actively campaigned on the issue of cannabis. “I believe that it is time to work with law enforcement agencies, healthcare groups, and other stakeholders to legalize medical cannabis and decriminalize the possession of small amounts of cannabis,” Ford told us in response to one of our candidate survey questions. Delph responded to the same question about decriminalization by stating that, “This is not our most pressing area of criminal law. From a practical standpoint, we really need the federal government to address its position before we can meaningfully do so at the state level.”

JD Ford won his race and will be a new voice for reforming our cannabis laws in the Indiana Senate, where the sentiment on cannabis legislation is thought to be more even more hostile than in the House.

Chris Campbell (D) ran against incumbent state representative Sally Siegriest (R), and won with 57% of the vote. In response to our candidate survey, Campbell said she was supportive of implementing a medical cannabis program in Indiana, decriminalizing cannabis, and allowing retail sales of cannabis for personal use.

In house district 15, Chris Chyung (D) won his race against incumbent Harold Slager (R). “The federal government also needs to set clear guidelines on the legality of cannabis,” Chyung said in response to a question posed by NWI Times about issues that required action from the federal government, “Colorado has benefited to the tune of over half a billion dollars in revenue alone, and more in jobs growth and economic development. I will never allow Indiana to leave that kind of potential money on the table.”

Other races with supportive candidates remain to be called. Due to widespread issues at polling locations, results for Indiana’s 4th house district might not be available until November 16th, although candidate Frank Szczepanski (D) supports implementing a medical program, decriminalization, and the legalization of retail sales for personal use.